The BOP Challenge Program focuses on mental illness/psychotic disorders and if included in a complete PSR, could affect your client’s prison placement.

When severe,those with mental illness disorders  have trouble staying in touch with reality.

I) The BOP Challenge Program is for high security inmates in penitentiary settings with substance abuse problems, and/or mental illness disorders.

The inmate must meet one of the following criteria:

The responsibility for your client’s mental and physical health should be safe guarded in order to protect them from themselves (and others), while providing a safe environment for the duration of their incarceration.

This should be the responsibility of legal council, the court and BOP.

Below is an overview of the BOP Challenge Programs ‘types and symptoms’ of psychotic disorders along with an itemized list of BOP ‘Formulary’ and ‘Non-Formulary’ medications currently available to treat these disorders.

A)   Types and Symptoms 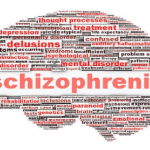 Note: Clozapine is the only FDA-approved medication for treating schizophrenia that is resistant to other treatments. It’s also indicated for decreasing suicidal behaviors in those with schizophrenia who are at risk.

VII- Psychotic Disorders due to other medical conditions;

B) Other possible treatment medications*

Just one of many medical resources that consist of practicing physicians, editors and researchers.